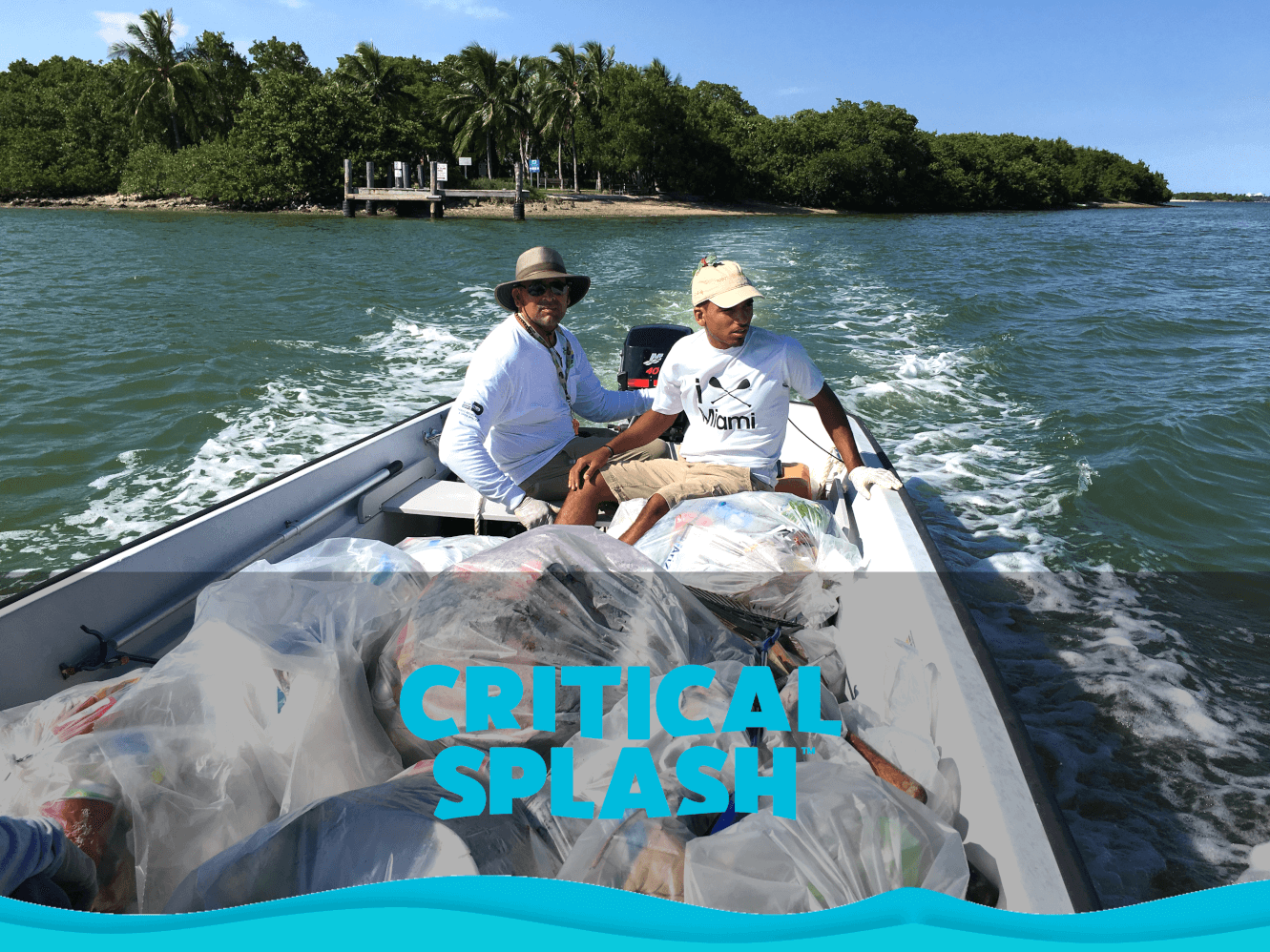 Following in the footsteps of Critical Mass, the once-a-month cycling activity that brings people of all ages together to ride the streets of Miami, Critical Splash is hoping to take that same level of community togetherness to the waters of Biscayne Bay for a special ride on the water and volunteer cleanup event. Miami-Dade Parks, in partnership with iPaddle Miami, wants to inspire visitors and residents to explore our blueways system and discover that they, too, are a part of the parks system.

Critical Splash will be on Saturday, June 16, 2018, starting at 10 a.m., at the Pelican Harbor Marina, 1275 NE 79 St, Miami, FL 33138. Participants are welcome to bring their own paddleboards, kayaks, and canoes. Those without equipment can reserve in advance and rent it at paypal.me/ipaddledonations for just a $10 fee. Volunteers will take a short “ride” over to Pelican Island where they will pick up trash and clean up one of our city’s most unspoiled islands, and then take a short ride back to the marina. Program is open to volunteers ages eight and above.

For more information or to register, contact 305.ipaddle or visit miamidade.gov/parks.

Miami-Dade Parks is the third largest county park system in the United States, consisting of 270 parks and 13,573 acres of land. It is one of the most unique park and recreation systems in the world. The non-profit Parks Foundation of Miami-Dade supports Miami-Dade Parks’ efforts to further develop Miami-Dade County’s world-class parks system for residents and visitors.

For almost ten years, companies big and small choose ipaddle for their corporate outings and team building sessions. We pride ourselves on creating these memorable experiences that bring people together not only for fun but to teach them skills they can apply on the water and in the office !

Email us today to see how we can make your next event special.

See you on the water!

A huge thank you to all the volunteers and local paddlers who attended today’s river clean up!

Thank you to @seabirdstation for hosting this years event and all the work you do.

Also to @littleriverconservancy for enriching the community through education and preserving the important history of our river !

If you were headed where I’m headed you’d be up this early too.

Your patch of sand in the jungle. 🏝🏝🏝 #ipaddlemiami

You can't ask for much really. It's kayaking and at least they have a tour route. Affordable as well. Great place would come back - 1/02/2023

We had a great day on the kayaks. We were first timers but Martin trained us well and we had so much fun. Beautiful sights and saw a stingray! - 11/27/2022

Super friendly staff. Great place to rent a kayak. New kayaks and couple close islands that are fun to visit. - 10/29/2022

You can't ask for much really. It's kayaking and at least they have a tour route. Affordable as well. Great place would come back - 9/05/2022

Great time! We had a great time! The double kayak and dry bags were perfect. Take the time to visit all three islands if you can, very pretty!! - 9/05/2022

Our guide was absolutely fire he was super nice, very knowledgeable, and extremely fun. Loved him. ❤️❤️ - 8/23/2022